Electric vehicles may be the future of mobility in India, but the race to be first appears to be taking a heavy toll on buyers, at least some unlucky ones. Four fire incidents have been reported in different states of India in the past few days. This sudden increase in fire accidents coincides with the approach of the summer season. Also Read – Watch: Pure EV Electric Scooter Catches Fire in Chennai

While EV fires have been reported in recent years, they are only now being highlighted as more adoption and popular brands enter the segment. Ola Electric is a brand that has generated tremendous traction for their first Ola S1 series electric scooter. The first incident reported last week also involved an Ola scooter. The incident happened in Pune and the explosion happened right on the street while the scooter was just parked. Also Read – Is It Really Safe to Buy Electric Scooters?

Another incident that gave us an indication of the seriousness of the problem was an incident in Vellore. The fire was reportedly caused by an Okinawa Autotech electric vehicle or a surrounding charger. The fire resulted in the deaths of a father-daughter duo. Two other incidents, one in Trichy and the other in Chennai, brought the entire electric vehicle industry under the microscope. The government has also ordered an investigation into the fire incidents, according to a report by CNBC-TV18. Also Read – Tesla Shuts Factory in China Amid Spread of Covid: Report

Why are so many electric scooters suddenly exploding?

Electric vehicles are powered by lithium-ion batteries. This is the same power source that powers smartphones, and we’re no strangers to smartphones exploding. The size and scale of the explosions and fire are obviously smaller than what we see with electric scooters.

Another factor separating the two is exposure. While smartphones mostly see the inside of your pockets or bags, electric vehicles are almost constantly exposed to the sun, rain, and dirt. You can’t always keep it cool and dry. Although most OEMs provide an IP rating for their batteries, they may not be able to account for the intense Indian summer heat.

Maxson Lewis, MD and CEO of Magenta said that companies cannot copy and paste international solutions in India. He pointed out the 4 main reasons for such incidents: heat, humidity, harmonics and people.

What can be done to avert such dangerous situations?

Electric scooters are experiencing a spending spree in India. Brands like Ola Electric are opening limited-time buying windows due to massive demand. Other brands are trying to expand their presence in the country but are limited due to the supply chain.

The benefits of electric scooters, bikes and cars definitely outweigh the risks for many buyers. Fuel prices have surpassed the 100 rupee mark in all four major cities and further price increases are expected in the future. Daily running costs are much higher than they used to be. Electric vehicles offer a viable solution to this problem, and we shouldn’t expect sales to drop anytime soon.

But we can take some steps on our part to be careful when dealing with batteries and electric vehicles. This not only avoids fires and explosions, but also ensures a better range and longer battery charging cycles. Here are some of the hints suggested by Mayank Jain, Director, Crayon Motors:

-Only OEM specified charger allowed to be used for a specific battery type. Do not replace and use non-original charger.
– Store batteries at room temperature.
– Please do not charge the batteries within 1 hour after use. It is recommended to let the batteries cool down for a while before charging.
-If you find that the battery case is damaged or water has entered, immediately isolate it, store it separately and inform your dealer.
– The battery and charger should be stored in a clean, dry and ventilated place, avoid contact with corrosive substances, keep away from fire and heat sources (not less than 2 meters), keep away from flammable substances, and separate the charger from the battery.
-Ensure your lead-acid batteries are changed regularly (3 month intervals) Once the battery has approximately 30% of the total charge, charge the battery to prolong its life.

How to add multiple images and convert them into a PDF

When and where to watch the match live

Today the Kolkata Knight Riders and the Punjab Kings face off in game eight of the IPL 2022. The game starts today at 7:30pm IST at Wankhede Stadium in Mumbai. The Kolkata Knight Riders team is led by Shreyas Iyer and the Punjab Kings team by Mayank Agarwal. Also Read – IPL 2022 Game Between Chennai Super Kings and Lucknow Super Giants Today: Everything You Need to Know

How to watch Tata IPL 2022 live in India

If you want to get a subscription Disney+ Hotstar, you can pay Rs 499 per year and get a cellular plan. This allows you to use the app on a mobile device. There is an annual subscription from Rs 899 which supports 2 devices including TVs and laptops. Finally, you can also get the premium subscription for Rs 1,499 which supports 4 devices and 4K. Also, you don’t have to deal with advertising.

Reliance Jio rolled out a few plans for IPL fans. Starting with the Rs 499 plan. offers its users 2 GB of high-speed data a day and a free Disney+ Hotstar Mobile subscription valid for 28 days.

Under the Rs 799 plan, Customers get 2GB of daily data allowance with a Disney+ Hotstar Mobile subscription. The plan is valid for 56 days.

the Rs 1,066 plan is valid for 84 days and comes with 2GB of daily data and a Disney + Hotstar Mobile subscription.

the Rs 3,119 plan is a long-term plan that is valid for 365 days and offers customers 2 GB of data volume per day. The plan bundles a free Disney+ Hotstar Mobile subscription for the duration. 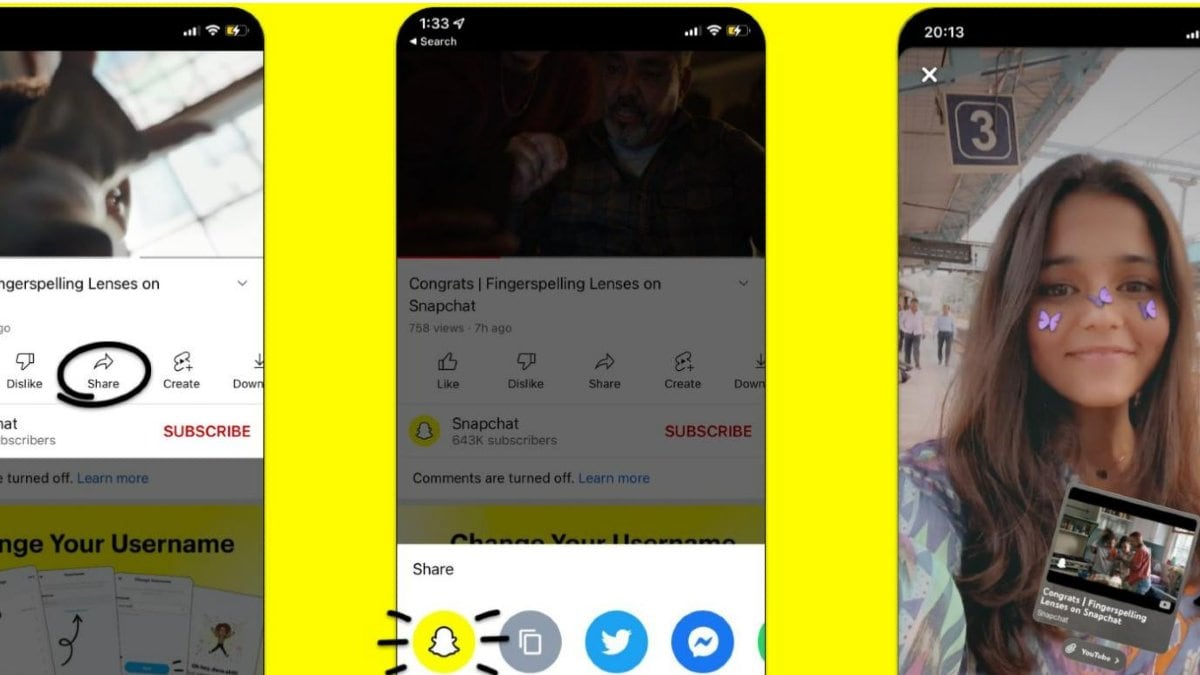 Snap has rolled out an update to its social media app, Snapchat, making it easier for users to share videos from other platforms on its app. The company has announced that now all Snapchat users can share their favorite YouTube videos with their friends directly from Snapchat camera. Also Read – YouTube Finally Introduces Picture-in-Picture Mode for YouTube TV on iOS

With this update, Snapchat users can share YouTube videos in the form of link stickers in their posts. Tapping the sticker takes Snapchat users directly to the shared video on YouTube. Also Read: YouTube Allows You to Leave Emoji Reactions at Certain Points in a Video

“With this new integration, we’re making it easier than ever for those viewers to send their favorite clips and videos to where they’re already talking to their friends on Snapchat,” the company wrote in a blog post. Also Read – YouTube Launches Two New Health Features in India: How They Work

In terms of availability, Snap said its latest feature is available for use across Snapchat’s iOS and Android-based apps around the world.

If you use Snapchat frequently, here is a step-by-step guide to help you share YouTube videos as stickers on Snapchat.

Step 1: Open the YouTube app on your smartphone, then open a video to watch.

Step 3: Now you will see a variety of options to share the video. Tap the “Snapchat” icon to automatically jump to the Snapchat camera.

Step 4: From there, create an original snap with the automated YouTube sticker and use one of our creative tools.

Step 5: To watch the video, your friends just have to tap the YouTube sticker to view the video in their YouTube app or their default mobile browser.

How to check if your PAN is linked with your Aadhaar 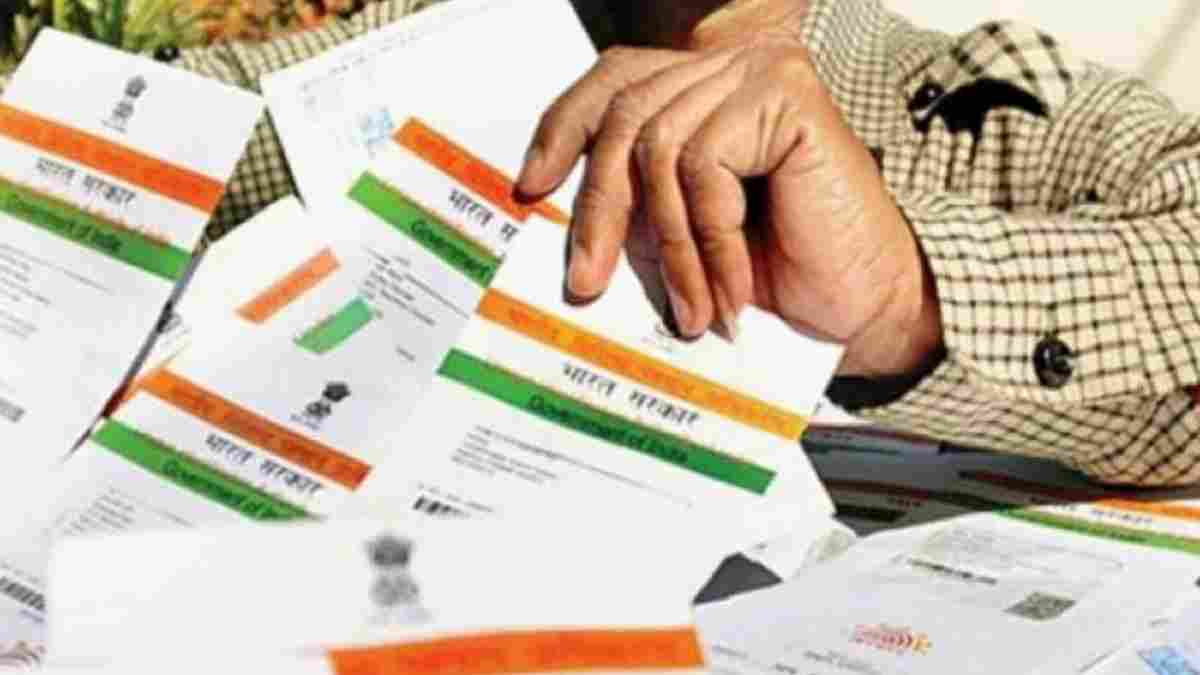 Aadhaar PAN Link: Linking your Aadhaar Number to your Permanent Address Number (PAN) is one of the most important things the Government of India is asking people to do this month. The government has set March 31 as the deadline for linking the Aadhaar number to the PAN, for which citizens will have to pay a heavy fine. Previously, the government had set September 30, 2021 as the final date for linking Aadhaar to PAN. Also Read – How to Link PAN to Aadhaar Card without Internet

The Income Tax Authority has said that failure to link Aadhaar to PAN by March 31 will result in a penalty of up to Rs 1,000. The department has also said the PANs that have not been linked to Aadhaar will remain operational for an additional year, until March 31, 2023, to file income tax returns or ITRs and apply for refunds, among other things. After March 31, 2023, the PAN of taxpayers who have not linked their PAN accounts to Aadhaar would become ineffective. Also Read – How to Correct Aadhaar Card Details Online in Easy Steps

If you are unsure whether your Aadhaar has been linked to PAN, here is a step-by-step guide to help you determine if the two accounts have been linked: Also read – DigiLocker now has over 100 million users: Aadhaar map is the most downloaded document

How to check if your Aadhaar has been linked to PAN

Step 2: Now click on the Quick Links option. Here you will see an option to check “Link Aadhaar Status”. Click on it.

Step 3: On the following screen, enter your PAN and Aadhaar numbers.

Step 4: After filling all the details, click on the option “View Link Aadhaar Status”.

Now you can see if your Aadhaar has been linked to your PAN. If not, here is a step-by-step guide to help you link the two accounts.

How to link your Aadhaar to your PAN

You can link your Aadhaar to your PAN in two ways. The first method involves using the electronic income tax filing website.

Step 1: Visit the official website of the Income Tax Department.

Step 2: In the Quick Links section, look for the Link Aadhaar option and click on the option and then on it.

Step 4: Provide the PAN and Aadhaar numbers, your name as it appears on the Aadhaar card and your mobile phone number.

Step 5: Check the box in which you consent to the validation of your Aadhaar data and enter the captcha code. Then click on the “Link Aadhaar” button and you are done.

The other method involves sending an SMS. Here’s what you need to do.